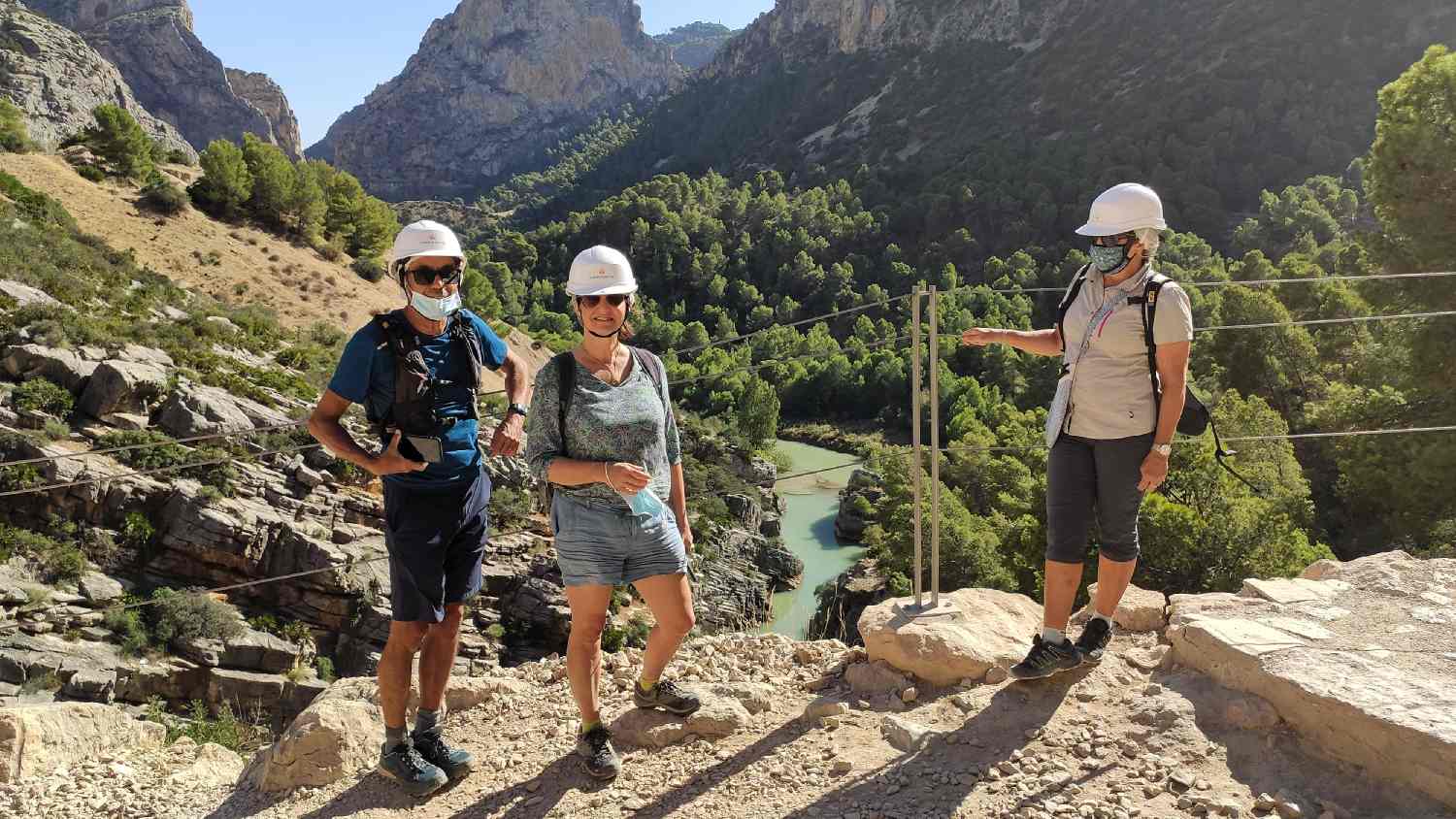 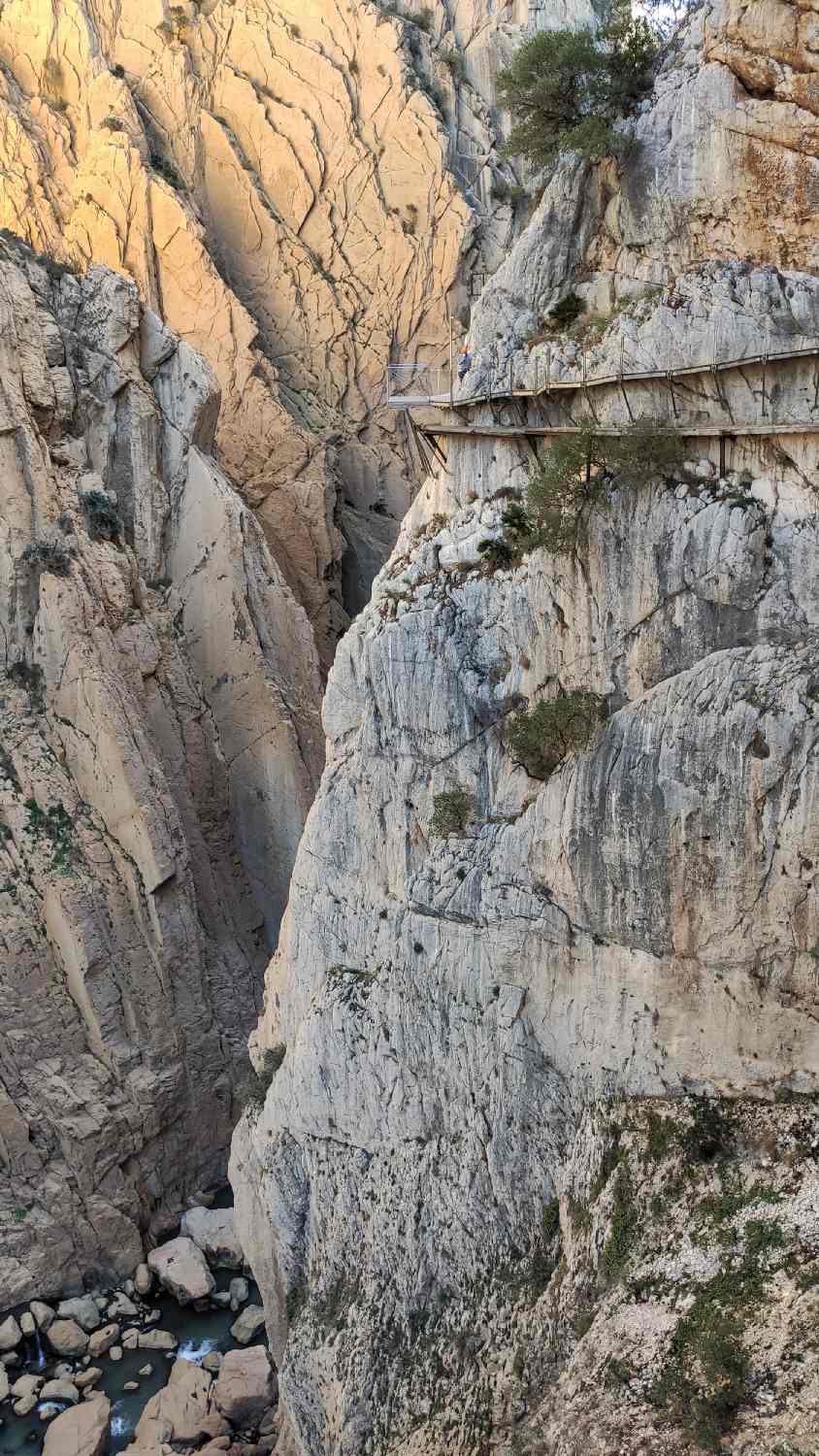 This Caminito del Rey runs through the impracticable natural site of the Defile des Gaitanes, an impressive ravine carved by the Guadalhorce river into limestone and dolomites. It extends over three kilometers in length, can reach 300 meters in height and its width can be reduced up to 10 m.

The Caminito del Rey can be traveled in complete safety and will leave you with unforgettable memories.

Perched a hundred meters above the defile, the Caminito del Rey was originally a small service path that crossed the defile of the Gaitanes on its right side. It connected the small Gaitanejo dam and the El Chorro hydroelectric reservoir.

This path, made at the beginning of the 20th century, quickly became part of the daily life of the inhabitants of El Chorro. Inaugurated in 1921 by King Alfonso XIII after the construction of the El Chorro dam, it was sometimes traveled on foot, sometimes on horseback and sometimes even by bicycle by “children who went to school, women in ‘groceries and the men at the bar’.

The total length of the Caminito del Rey is 7.7 km, of which 4.8 are accesses and 2.9 are footbridges. Regarding the footbridges (the best known part), the distance between the entrance and the exit is 2.9 km, including 1.5 km of footbridges proper and 1.4 km of path or track forest.

The route takes about 4 hours. It does not require any equipment, and is accessible to all. The only caveat is vertigo….

You are given a helmet at the entrance.

You walk either on a path (very good) or on walkways in very good condition.

No need for mountain shoes. 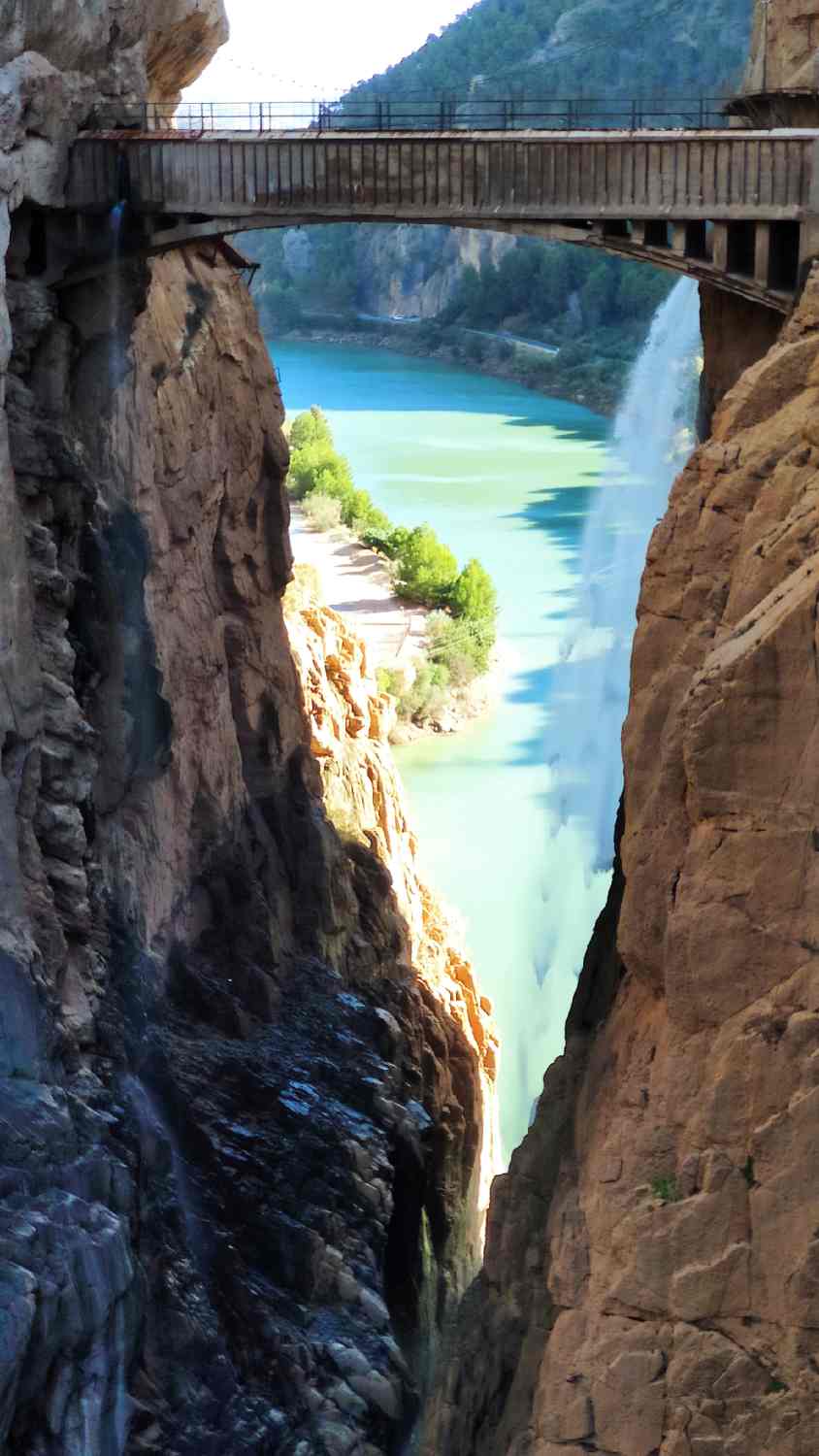 The Caminito is very busy, so it is essential to reserve your place well in advance on the official website:
https://www.caminitodelrey.info/es/entradas/comprar

Be careful to compare the prices because some sites offer very high prices!
You can take the tour with a group, or with a private guide. Know that every morning, a few dozen tickets are sold directly on site, but you have no guarantee of getting one.

Getting to the path

It takes about 1h30 by road from the finca to reach the car park which is located a little after the North entrance. The fastest is to go through the village of Campillo. After Campillo, the road is very beautiful, winding between the dam lakes.

You can park on the side of the road if there is space between the entrance and the parking lot (1). To access the Caminito entrance, you go through a tunnel that is next to the restaurant. You can’t miss it. (2) Then you walk to the entrance of the Caminito. (3)

When you get to the end of the path, you put your helmet on and you continue a bit until you reach the bus stop. It will cost you 1.5€ to return.